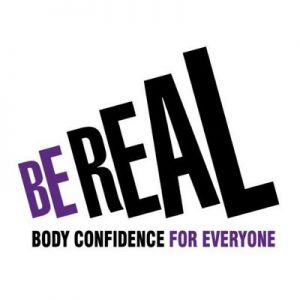 Almost a third (30%) of secondary school pupils isolate themselves to avoid activities because of body image anxiety while more than half (52%) worry about how they look, according to major new research from YMCA.

Somebody Like Me, launched today by the body confidence campaign founded by YMCA and Dove, has revealed the scale and damaging impact that body image anxiety is having on young people’s lives.

Researchers spoke to more than 2,000 secondary school pupils aged 11 to 16 and found that more than a third (36%) were willing to do ‘whatever it takes to look good’ and that nearly two thirds (63%) said what other people think of their looks is important to them.

The report highlights the vital part schools have to play in tackling body image anxiety, as three quarters of young people (76%) who learned about body confidence as part of their curriculum said it made them feel more positive about themselves. Despite this, less than half of young people (48%) surveyed said they had learned about the issue in the classroom.

Demand from teachers for external support is also highlighted, with more than three quarters (77%) of teachers agreeing that schools have an important role in teaching young people about body image. Despite this, nearly a fifth (18%) of teachers reported a lack of confidence when addressing body image and nearly a third (29%) agreed that the provision of more or better resources would be the most effective way to encourage teaching on body image.

On the back of today’s findings, the Be Real Campaign has launched a new Body Confidence Campaign Toolkit for Schools. Available to download for all secondary schools across the country, the pack provides lesson plans, advice and materials to help teachers educate their pupils on body image.

The Toolkit also gives students tools to run their own Be Real school campaign, helping young people to support peers and engage the wider school community. 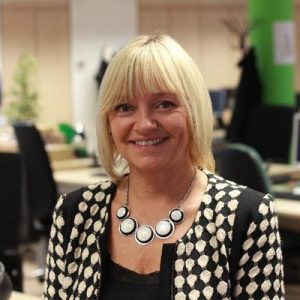 Denise Hatton, Chief Executive of the National Council of YMCAs in England and Wales, said:

“We’ve found evidence of young people not only isolating themselves from activities, potentially causing long-term physical or mental health difficulties, but also considering cosmetic surgery and diets to improve how they believe they should look as a result of the body image ‘ideals’ they see in media and advertising.

“As such, we are proud to launch the Body Confidence Campaign Toolkit for Schools on the back of our findings. Evidence shows that schools are uniquely placed to support young people to hold positive discussions around body image with their peers and help reduce the negative impact low body confidence can have.

“We are now calling on schools across the country to download the Be Real Campaign Toolkit to support their pupils to lead body confident and healthy lives.”

“The Be Real Campaign Toolkit is a vital resource to help us go beyond our current approach to body confidence. By making curriculum links beyond PSHE, the Toolkit ensures a broader buy-in from teaching staff, who need to build their confidence in tackling this issue.

The Body Confidence Campaign Toolkit for Schools follows on from the Body Image Pledge, released in November 2016, that asked fashion, media, music and advertising industries to ‘Be Real’ in their use of images.

Read more about the Toolkit, pledge and Be Real Campaign at www.berealcampaign.co.uk

Schools can download a copy of the Toolkit at: www.berealcampaign.co.uk/schools

Tweets by @EducatorMagUK
A new report into digital resilience from family internet safety experts Parent... Groupcall celebrates 15 years of innovation at Bett 2017
This website uses cookies to improve your experience. We'll assume you're ok with this, but you can opt-out if you wish.Accept Read More
Privacy & Cookies Policy