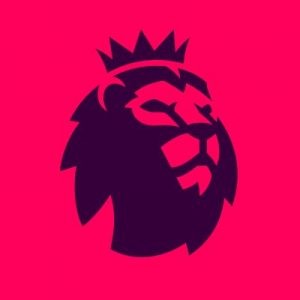 The Premier League has today launched Premier League Primary Stars, a national curriculum-linked education programme which uses the appeal of the Premier League and professional football clubs to inspire children to learn, be active and develop important life skills.

This is the Premier League’s most ambitious community programme to date and aims to support 10,000 primary schools by 2019.

The Premier League Primary Stars digital resources have been developed in partnership with expert education organisations including Edcoms, the National Literacy Trust and PSHE Association. Children’s authors Cressida Cowell (‘How to Train Your Dragon’ series) and Dan Freedman (‘Jamie Johnson’ series) helped create the programme’s literacy resources, while Sky Sports Friday Night Football co-host and mathematician Rachel Riley is a consultant in the development of Maths teaching resources. All Premier League Primary Stars resources are developed in partnership with and reviewed by primary school teachers.

Each teaching pack uses real life sport examples to put the lesson content into a context relevant to and engaging for children, with clear teaching instructions which ensure that the resources are easy to use.  Registered schools will also be able to enter competitions to win a visit from the Premier League trophy and apply for teaching support materials such as book boxes or PE kit and equipment.

Primary schools can register for free on www.plprimarystars.com to enable access to the programme’s full portfolio of resources.

“We are very excited to launch Premier League Primary Stars, our new national education programme that will use the power and popularity of football to inspire children to work hard and enjoy English, Maths and a range of other subjects.

“Our clubs already do great work in primary schools, and Premier League Primary Stars will support and enhance that work with educational resources for teachers, books from celebrated children’s authors, and much more.

“We want to support 10,000 primary schools in England and Wales by 2019 and we hope that our first national TV advertising campaign, including star names from our clubs, will capture the imagination of parents, teachers and children and encourage them to sign-up to Premier League Primary Stars.”

“Maths is a subject that a lot of young people find challenging and is often dismissed as boring. What I love about the resources we’ve developed for the Premier League Primary Stars programme is that it makes maths relevant to children’s everyday lives.

“I’ve seen the reaction from children using the lesson plans – they are excited, interested and engaged. I think this is a fantastic programme that will undoubtedly inspire children to learn but also give teachers the tools to be creative with their lessons. Anything that excites primary school children about maths gets a gold star from me.”

Children’s author, Cressida Cowell, famous for the ‘How to Train Your Dragon’ series, added:

“As both an author and an Ambassador for the National Literacy Trust, I’m thrilled to have played an advisory role in the development of Premier League Primary Stars and believe that reading and writing should be something that children enjoy doing first and foremost. What better way to do that than by creating resources that use the appeal of sport and the Premier League to bring them to life?”

Tweets by @EducatorMagUK
38 per cent of students ‘reaching their limit’ when it comes to exams Bolesworth invite schools to 2017 International Horse Show for FREE!
This website uses cookies to improve your experience. We'll assume you're ok with this, but you can opt-out if you wish.Accept Read More
Privacy & Cookies Policy