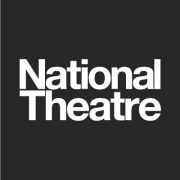 A new version of classic Shakespeare play Romeo and Juliet for primary schools is the latest addition to the National Theatre’s On Demand in Schools service.
Recorded during its popular run at the National Theatre earlier this year, this contemporary production for younger audiences sees a company of eight tell the most famous love story of all time set against a vibrant urban backdrop bursting with excitement, colour, dance and song.

The National Theatre’s On Demand in Schools service began in 2015 to offer world class curriculum-linked productions – free of charge – to schools across the country. Over the past two years, over 2500 schools across the UK have signed up including 350 primary schools and 1900 state secondary schools.

‘’We’re thrilled to be able to bring the National Theatre’s production of Romeo and Juliet to primary schools through our On Demand In Schools service. The show was a huge hit here with children and adults alike and really brings Shakespeare’s masterpiece to life for a new generation.

On Demand In Schools has gone from strength to strength over the past two years and the numbers of schools signing up continues to grow, which echoes our belief that teachers and schools across the country are as passionate as we are about giving young people access to inspirational theatre and embedding the arts as a vital part of the curriculum.

We’re hopeful that in the future every primary and secondary school in the UK will be able to access world-class theatre through this service.’’

On Demand in Schools for Primary complements trips to see live performances by enabling younger audiences to watch and study plays day-to-day in their classroom. The plays are recorded in high definition in front of a live theatre audience by the National theatre’s award-winning National Theatre Live team. Teachers can show the full production or watch key scenes over a number of lessons.

As well as the recordings themselves, there are comprehensive learning resources produced by teachers and leading artists to support each play. Titles and resources for primary schools are supported by The Goldsmiths’ Company Charity which has funded the National Theatre’s work with primary schools for over a decade.

National Theatre: On Demand. In Schools is supported by Stavros Niarchos Foundation and the Sidney E. Frank Foundation, with titles and resources for primary schools supported by The Goldsmiths’ Company Charity.

For more information on On Demand in Schools or to sign up please go to nationaltheatre.org.uk/schools