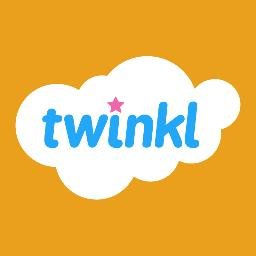 The online educational publisher Twinkl is partnering with BBC Children in Need this year to support schools to raise as much money as possible for disadvantaged children and young people.

As Proud Schools Partner Twinkl will be providing free resources and sending materials to schools to help with fundraising, as well as doing plenty at its HQ in Sheffield. Schools can sign up for a free fundraising pack full of inspiring ideas via bbcchildreninneed.co.uk/schools.

BBC Children in Need is currently funding over 2,700 projects in communities across the UK which aim to support children and young people facing a range of disadvantages such as living in poverty, being disabled or ill, or experiencing distress, neglect or trauma.

One of them is Louis, aged eight, from Kingston Upon Hull, whose life was transformed when he was introduced to his support dog Iggy last year.

Louis is on the autism spectrum and has global development delay; his prognosis means he excels in some areas including numeracy and learning languages, whilst experiencing challenges in others such as balance, co-ordination and social skills.

Louis’ condition has meant he experiences difficulties in understanding everyday dangers and has found busy places or events challenging whilst having trouble sleeping and being reliant on his wheelchair when leaving the house.

However, this all changed when Louis was introduced to golden retriever, Iggy, Louis’ support dog. Since Iggy arrived things have improved remarkably. Louis has not needed to use his wheelchair once and can visit places he would not have been able to previously. Louis also sleeps well during the night, all because he has Iggy by his side to provide comfort and reassurance. Walking with Iggy helps Louis with his balance and now the pair go everywhere together, including to school.

“Having Iggy has had a huge impact on Louis socially too”, said Louis’ mum Kelly.

“Everyone loves seeing Iggy in the playground and out and about. Children that may not have normally come up to speak to Louis have come to ask him about Iggy. This has really helped Louis improve his social skills and interaction with his peers.

“Having Iggy there also raises awareness with the other children that we are all different and that some people need help, which comes in all different forms. For Louis this just happens to be through Iggy.”

The funding for Iggy was provided by BBC Children in Need through a grant given to national charity Support Dogs.

“Stories like Louis’ show the huge impact that the projects BBC Children in Need works with have on people’s lives,” said Jonathan Seaton, Founder and CEO of Twinkl.

“As the Proud Schools Partner of BBC Children in Need we want to help educators and students in any way we can to raise money to continue this work. We know schools are incredibly busy as the new year begins, but we want people to know that we have fundraising resources online now and loads more coming soon.”

BBC Children in Need is funding an experienced training instructor at Support Dogs until 2020. Support Dogs is dedicated to increasing independence and quality of life for people with various medical conditions by providing, training and supporting assistance dogs.

“Support Dogs is a fantastic charity. A lot of work goes into finding and training the right dog for each person and making sure everything runs as smoothly as possible,” said Kelly.

“It was amazing to see how quickly Louis and Iggy began working together and how much care and support they gave one another.”

“We are so thankful to Support Dogs for Iggy and BBC Children in Need for making it possible. We wanted to share our story to raise awareness of just how much these charities help children and their families. We hope lots of people and schools will get behind BBC Children in Need once again to raise money, which really does make a difference in so many different ways.”

Commenting on the new schools fundraising campaign, Claire Hoyle, Commercial Director of BBC Children in Need, said: “This year we hope more schools and nurseries are encouraged to get on board and help raise funds for BBC Children in Need. Louis’ and Iggy’s story is a fantastic example of how the public’s generous donations go on to make an enormous difference to the lives of children and young people around the UK.”

Danny Anderson, Fundraising Manager at Support Dogs, said: “The support given by BBC Children in Need to smaller charities like Support Dogs is just so, so important. Our work is unique and truly life changing, not just to the children we help but to their wider families too. Every donation made and time volunteered to support the BBC Children in Need appeal really makes a massive difference to the ability of charities like ours to run projects like this and improve the lives of many more families like Louis’. Please do consider getting your school involved in this year’s appeal.”

University of Exeter to save over £10 million in new partnership with Tech... Teachers top resolutions are to achieve work-life balance and not work evenings...
Scroll to top
This website uses cookies to improve your experience. We'll assume you're ok with this, but you can opt-out if you wish.Accept Read More
Privacy & Cookies Policy
Necessary Always Enabled