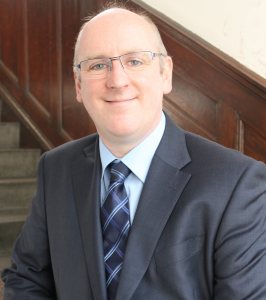 The UK’s fastest growing independent school, according to the ISA, has revealed its ambitious plans for a ground-breaking new co-curriculum set to begin in September 2017.

Having taken inspiration from the world-renowned International Baccalaureate, Kings Monkton’s co-curriculum has been designed with ‘learning pathways’ intended to thoroughly prepare students for a career in their preferred field, and unique faculties that will offer pupils the opportunity to develop their experiences outside of the classroom, support them in becoming well-rounded individuals with a critical awareness of the ever changing global world.

From September 2017, the school will run its new co-curriculum based on four distinct ‘learning pathways;’ natural sciences, business and law, education and humanities, and creative arts. Through these learning pathways, pupils will be able to access a broad range of opportunities that extend beyond the classroom, including work experience tailored to specific careers and additional qualifications pertinent to pupils’ chosen career paths.

To complement the new curriculum structure, the school will extend its already impressive offering of A-levels to include 17 additional subjects, such as accounting, ancient history, archaeology, classical civilisation, electronics, government and politics, history of art, law, philosophy and statistics.

Furthermore, sixth form pupils at the school will chose between one of three co-curricular faculties – environment, community, and global citizenship – with each faculty responsible for engaging in action to raise awareness of their chosen area of study.

Pupils will organise and run an annual conference, raise money for a chosen charity linked to their faculty brief, and take responsibility for educating and informing their peers from other faculties by conducting assemblies throughout the academic year.

The three faculties are:

For students interested in environmental issues, sustainability and outdoor education. Campaigns would focus on raising awareness of environmental change, such as the importance of recycling, global warming, or endangered wildlife.

The faculty would support outdoor activities such as canoeing; climbing and caving, developing skills such as bush craft and survival. The nominated charity would reflect the values of sustaining and protecting the environment – for example, WWF.

For students interested in supporting local community projects and developing an understanding of local politics. Campaigns could focus on the improvement of outside spaces in inner city areas, such as developing green areas or safe play areas for children.

Pupils would be expected to focus on social cohesion within local communities, raising awareness of local religions and supporting tolerance. The charity focus could zone in on local community projects and initiatives.

The faculty would support public speaking; journalism and visits to the Senedd, developing skills such as diplomacy, tolerance and community action.

For students interested in raising awareness and understanding of international issues. Campaigns could focus on the refugee crisis in Europe, the implications for child’s safeguarding, and the humanitarian impact.

Pupils would be expected to concentrate on global issues, for example – the implications of Brexit – fully investigating the impact such events have on the social, economic, and political aspects of Britain and the wider world. The chosen charity would have human rights at its core – for example, Amnesty International.

Speaking of the new curriculum Principal, Paul Norton said: “Education is so much more than teaching children how to pass exams. While academic excellence is – and always has been – a fundamental value at Kings Monkton, the new curriculum has been carefully crafted in order to offer our pupils something that goes beyond academia.

“We have the luxury of being able to craft a distinctive curriculum that gives our pupils a really meaningful learning experience.  We’re confident that these steps will help us support our pupils in becoming well rounded, career-ready young adults.”

The power of music: Arts Council England publishes report on the impact of In... Handy Fasteners win £25000 award for innovation which helps arthritis suff...
Scroll to top
This website uses cookies to improve your experience. We'll assume you're ok with this, but you can opt-out if you wish.Accept Read More
Privacy & Cookies Policy
Necessary Always Enabled