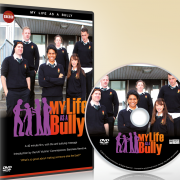 A Neath Port Talbot business has produced a ground-breaking film about bullying in schools, which will have its premiere in the House of Parliament on Tuesday 11th July, following MPs recognising the importance of the film in fighting against bullying in schools.

The film was produced by Firehorse Productions, a company producing educational drama for young people, with expertise in tackling bullying

Aimed at children from 7 – 13, a combination of both drama and ‘mockumentary’ style, My Life as a Bully, is a ground-breaking educational resource, now available to schools.

Firehorse Productions, a core member of The Anti-Bullying Alliance, has an established reputation of producing innovative bullying awareness and prevention work and My Life As a Bully has the support of Baroness Newlove, the UK Victims’ Commissioner, who provided the introduction to the film.

Stephen Kinnock, MP for Aberavon, picked up on the importance of the film and has arranged for it to be played in Parliament

“We are thrilled to have such great support for the film. Bullying is still an issue that pervades our schools, and for those that suffer from bullying, the after-effects can often follow them into adult life.

“Our message is that everyone; teacher, student, parent, bystander, can play an important role in tackling bullying, and we should all ensure that we do everything we can to support those who need us.”