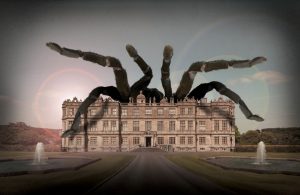 From giant, animatronic insects and hands-on bug sessions, to creepy crawly workshops and bug-themed films, Longleat is set to be overrun by all things insectile this Easter (8th April).

‘Marvellous Monsters’, which runs until October 29th, celebrates the amazing world of insects and aims to highlight the softer side of bugs and the vital role they play in keeping our planet alive.

Starting this Easter the Wiltshire attraction will be overrun with a menagerie of massive, moving bugs and insects with more than a dozen animatronic creepy-crawlies dotted around the estate 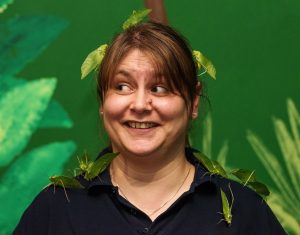 Insect-themed activities – including live entertainment, historical exhibitions and much more will be taking place throughout the main season.

Longleat’s giant indoor events venue, the Longhouse, has also been transformed into an interactive zone dedicated to the amazing praying mantis family.

The mantis gets its common name from the way it remains upright and motionless, with its forearms folded as if in prayer. 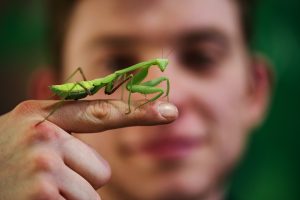 In addition to live displays featuring different types of mantis, visitors will also be able to watch a high definition action-adventure wildlife film entitled ‘The Pray’ and practice their own mantis moves in front of giant mirrors.

A reaction wall will allow people to test the speed of their reactions and a series of microscopes will provide ultra close up encounters with these fascinating creatures.

Visitors will also be able to watch special daily bug shows and enjoy hands-on encounters with a variety of living insects throughout the Easter holidays.

“Marvellous Monsters is one of the most ambitious exhibitions we have staged here,” said Longleat’s Steve Mytton.

“All the animatronic insects are based on real life bugs and we have just scaled them up to be the size of cars and vans.

“Our aim is to highlight how incredible these creatures really are and to try and dispel some of the myths and misunderstandings surrounding them.

“Bugs and insects play a crucial role in the survival of the planet and we rely on them in many surprising ways, hopefully ‘Marvellous Monsters’ will help to change some people from bug haters to love bugs,” he added.

Issued by Longleat. For more information call Sally Boyce on 01985 845520 or email sally.boyce@longleat.co.uk .

London Grid for Learning wins ERA Award for online-safety resource ‘Cyber... Dyspraxia and dyslexia explained and embraced in lively series of illustrated...
Scroll to top
This website uses cookies to improve your experience. We'll assume you're ok with this, but you can opt-out if you wish.Accept Read More
Privacy & Cookies Policy
Necessary Always Enabled