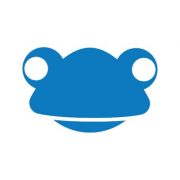 This London EdTech Week, Frog Education, the UK based education technology company, has won a government contract alongside Danish IT business consultancy, Netcompany, to develop a bespoke school communication and collaboration platform for 2 million people across the whole of Denmark

Aula by KOMBIT, the project house that creates joint IT solutions for the Danish Government, is a 10 year long, £24 million country-wide project displacing the current incumbent collaboration system, SkoleIntra by ItsLearning. Aula will support easy communication and collaboration between home and school, in a way not yet in existence, through its own built-in features and integration with existing school and municipality platforms and systems. From timetabling to organising parent’s evenings, quick and easy messaging systems, media galleries and registration systems, Aula will be a one-stop-shop for everyone involved in a child’s education, and has been referred to as the ‘Facebook for education’.

Frog is no stranger to nationwide government deals, having successfully won a 10,000 school Malaysian Government contract, whilst also being a market leader in the UK and with a presence in 23 countries globally. With their experience in this field,  Frog are well placed to partner with Netcompany and deliver this bespoke platform to 2 million users across schools and daycare centres in 93 Danish municipalities. Gareth Davies, Managing Director, says: “This project marks our successful transition from learning platform company to Operating System for Education, which alongside our ongoing Malaysia contract cements Frog as a Global Platform business.”

Frog was chosen for partnership in this project by Netcompany, Denmark’s largest and fastest growing IT company. Gareth remarks: “Denmark is known for its progressive attitudes to education, so it’s a real privilege to be working alongside such a great partner, to create this transformative platform for KOMBIT, Denmark, and ultimately all our existing users in the UK and across the world.”

Coinciding with London EdTech Week, Frog is championing British EdTech in export. “It’s a real testament to the quality of the UK’s EdTech scene that countries across the globe look towards us for world class education technology,“ says Gareth.

Next week Frog will be at ISTE in Texas with BESA, continuing to build bridges between the UK and abroad. Patrick Hayes, Director of BESA, says of the project: “This remarkable achievement by Frog is a paradigm example of how UK EdTech companies are taking the world by storm. Frog has already had a transformative impact on the education of millions of pupils in Malaysia, and look set to use their world-leading EdTech abilities and experience to help raise educational standards for millions more in Denmark.”

After a 16-month intensive development, built on the FrogOS development platform, the first pilots in schools will start in the Autumn of 2018, with the national rollout commencing January 2019. Further details will be released as the project develops.