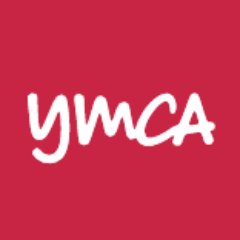 UK employers value more than just work-related skills in young people coming out of the education system and into the workplace, according to a study by education charity Central YMCA.

The survey of senior managers at more than 200 businesses revealed that learning new skills (57%), being well-read (47%) and having a strong interest in a hobby (43%) are the top three non-work-related qualities employers look for most when hiring young people.

A third also revealed they would value someone who was well-travelled and who had experiences of other cultures, while 34% said that having a keen interest in charity or community work was important.

Only one in 10 respondents in the research believed that young people enter the workforce fully prepared with the skills required to be an efficient employee, however, more than half said young people do tend to be eager to learn and develop their skills.

The charity is now warning that the education system needs to put more focus on soft-skills and personal development, rather than solely prioritising technical skills.

Commenting on the findings of the study Rosi Prescott, chief executive of Central YMCA, said: “It could be argued that the findings of the survey have proven that it’s your CV that gets you the interview but it’s your personality, and life experience, that gets you the job. It’s interesting to see more and more employers recognising and seeking out transferrable skills developed outside the workplace, such as a desire to learn new skills, to read broadly, and to socialise, or keep active with a hobby. These young people will make attractive employees as they will likely be fast learners, knowledgeable of the world around them, and easier to work with on a personal level.

“However, it has also become evident that there is a soft skills gap which needs plugging – most employers are reporting that young people lack basic soft skills, such as punctuality and appropriate mobile phone usage. But, with employers recognising the enthusiastic can-do attitudes of the vast majority of young people in the UK, we’re hopeful that this can be harnessed to bring their soft-skills up to scratch.”

Cambridge Mathematics collaborates with China on international mathematics ... Orovia Group to Launch EduPay Software at The Academies Show London
Scroll to top
This website uses cookies to improve your experience. We'll assume you're ok with this, but you can opt-out if you wish.Accept Read More
Privacy & Cookies Policy
Necessary Always Enabled