Leading vet charity PDSA is launching new BeDogSafe workshops which, thanks to £550,00 funding from players of the People’s Postcode Lottery, will be available free of charge from September 2015 for schools and community groups.

PDSA has reached over 150,000 children through its workshops between 2010-14, and this new dog safety element has been developed in response to growing concerns about the increase in dog bite incidents involving children. Sadly, children under nine are more likely to be admitted to hospital due to dog injuries than any other age group.*

PDSA’s Education Programme Manager, Rachel Sutherland, said: “Dog bites are still seen far too frequently and sadly this can have horrific, sometimes even fatal, consequences. At PDSA we believe that prevention is vital and we are committed to tackling this issue head on.

“In addition to educating dog owners, we want to help children to recognise the subtle body language that can precede a bite incident and understand how to react appropriately.”  .

The workshops will be delivered by PDSA’s team of Community & Education Veterinary Nurses (CEVNs) – six specially-trained staff who travel the length and breadth of the country, sharing their expertise both within schools and communities. The BeDogSafe sessions will cover understanding dogs’ body language, respecting dogs’ space, key dos and don’ts around dogs, and how children can protect themselves if they are scared by a dog’s behaviour.

Rachel added: “Children are the pet owners of the future; by helping them to better understand animals’ welfare needs we can turn their affection into positive action, improving the lives of generations of pets to come.”

In addition to its education programme, PDSA also promotes responsible pet ownership and works with owners to help raise awareness about the importance of proper socialisation and training. Socialisation is the process of gradually introducing puppies to everyday sights and sounds from a very early age which, when done correctly, can prevent fears from developing. Fear can often be a cause of problem behaviour and aggression in later life.

Rachel concluded: “PDSA believes that every pet deserves a happy, healthy life and that education is a vital component in this mission. Any dog, whatever its size or breed, has the potential to cause harm. We would advise anyone who is concerned about their pet’s behaviour to contact their vet for advice in the first instance. With the correct approach and professional assistance most behavioural problems can be overcome.”

Teachers and community leaders can book a workshop by contacting PDSA on 0800 917 2509, emailing education@pdsa.org.uk or going online at .www.pdsa.org.uk/education.

Special teaching resource packs are also available enabling people to run their own Pet Club, a fun and interactive out of school club. The packs comprise three progressive levels of Bronze, Silver and Gold targeting children aged between 5 and12, and cover all aspects of learning about and caring for animals, including sections on dog safety. 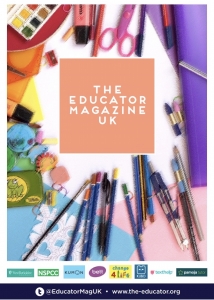