Did you know that Ofsted, like many other public services, have been privatized? Did you know that companies like Serco – who run prisons and who are currently being investigated for fraud– have contracts to run Ofsted inspections? So when ‘Ofsted’ go into a school it’s often a private, profit-making company that performs the inspection.

One of the private companies with a contract to run Ofsted inspections is Tribal, who have come to our attention several times over the past few months.
In May this year Tribal carried out an inspection of the London Nautical School, giving it a ‘requires improvement’ grading. In a clear conflict of interests one of the inspectors was Daniel Moynihan the CEO of Harris Academies. Harris Academies are a London-based academy chain that would be in a position to take over the London Nautical School if academy status was to be considered. Private Eye picked up on this story in August and it is reproduced on the Anti-Academies Alliance website here.
“When the Eye asked in 2011 how independent “additional” inspectors working for private firms would be, given the involvement of firms like Tribal in opening new free schools themselves, Ofsted said it would regard any situation where inspectors and their employers were “involved in an organisation in competition” with the school under inspection as a conflict of interests to be avoided (Eye 1286).”

Then, in November, Private Eye covered the story of the inspection of Wanstead High School (here) where one of the inspection team was head of a neighbouring school – another conflict of interests. Like London Nautical, Wanstead High was also given a requires improvement grade. The inspection was carried out by Tribal.Within the past month we noticed that Battersea Park School had complained about their inspection by Tribal which happened back in June. The complaint is on the schools website here, runs to 11 pages, and contains some very serious allegations about the conduct of the inspectors including a suggestion that they made up evidence. We suggest you read the full complaint for yourself as it is pretty damning. The school received an inadequate grading and is now due to be handed over to the Harris Academy chain.Finally Longhill School near Brighton was inspected by Tribal in October. The school have complained about the report which rates the school as requiring improvement, a judgement they say “contradicts the views shared with us by the Inspection Team during the course of their visit.” The school’s letter to parents can be seen here and a report in the local paper is here.

As a footnote we noticed that Andrew Barker, former head of Bishopsford Arts College, which was failed by Ofsted in 2012 and placed in special measures, is listed as an additional inspector on Tribal’s website here. That school has now been reopened as a Harris Academy.

Our attention was just drawn to this article about Westlands School in Torquay who are appealing against their inspection in June by Tribal which downgraded them from a previous grading of good to inadequate.

We’ve also been alerted to the fact that the disputed inspection of Kings’ Stanley Primary School in Gloucestershire, which took place in May, was also by Tribal. Read this local news report which says:

“Parents and governors of the school near Stonehouse say the inspection conducted by Tribal on behalf of Ofsted was unfair and feel they are being driven towards applying for academy status. Tribal used to help schools convert to academy status.”

This report says the school is appealing the decision to demote it from outstanding to inadequate.

This Guardian article examines in more detail what the motives for private companies giving schools poor Ofsted reports could be. 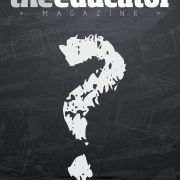 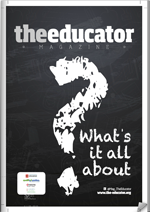 The Educator is here to serve as a trusted guide for Head Teachers, Teachers, Bursars, and Senior Leadership individuals across the UK.

• The Educator Magazine is a 72 page informative resource. Delivered free of charge to all UK schools, and is expertly produced and published in house.
• The magazine is the main source of information for all Senior Leadership Teams and Teachers across the UK.
• We have the expert knowledge, experience and contacts that enables us to produce the UK’s most widely read Educational Magazine for the discerning Headteacher, Bursars and buyers within all Senior Leadership teams within the UK as well as selected teachers too.
• Expert features, guidance and advice is offered through informative articles on current Educational trends.
• The Educator Magazine is delivered to every senior leadership team within all UK schools and academies as well as all SEN’s (specialist educational needs establishments).
• The Educator Magazine is a trusted source of news
and information for the Headteacher, Deputy, Bursars, Buyers and Teachers.
• Teachers can keep up to date with industry trends find out about new products through product reviews, and can keep an eye on the recruitment options available in the UK.
• Offering up to date views and opinions from governing bodies, including DofE, The Educator gives the senior leadership team decision makers a fresh view on how other schools go about their business.
• Informative interviews, fascinating insight as well as various current and generic features throughout the year will ensure reader captivation, advertiser trust, and of course results.
• As well as the above, The Educator Magazine provides a platform for opinions and techniques for schools through our school profiles, interviewing Headteachers and Teachers from a selection of 35,500 schools and academies in the UK.
The Audience
• All UK Head Teachers from Nursery, Primary, Secondary and SEN establishments
• Significant Deputy Head Teachers
• Various Teachers and Teaching assistants
• Bursars
• Members of Senior Leadership teams
The distribution